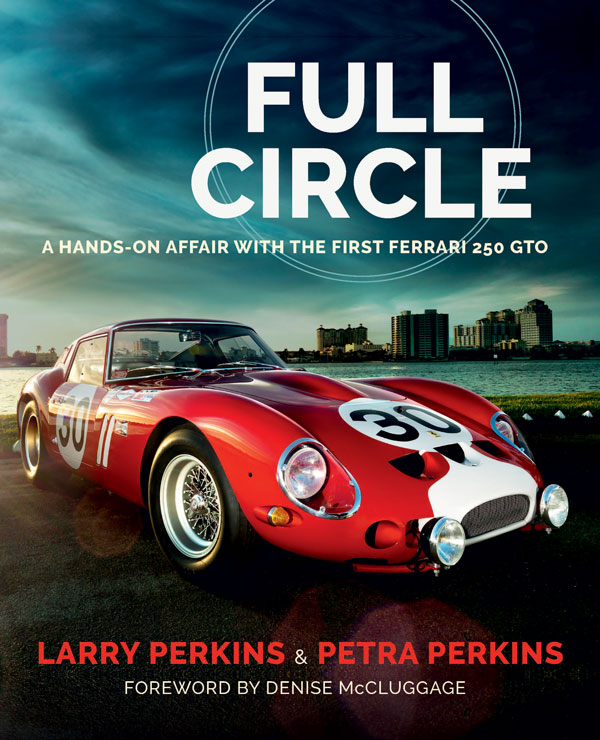 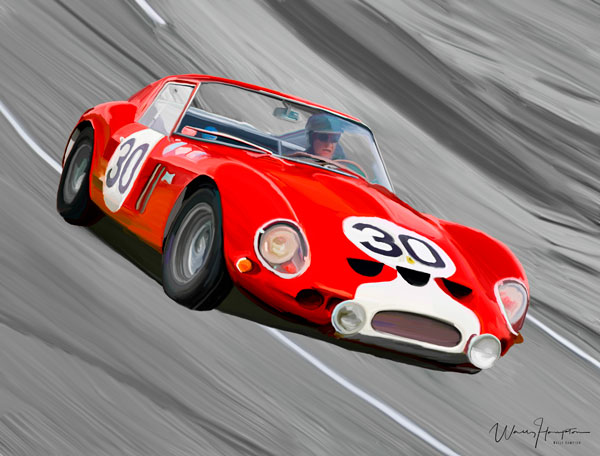 FULL CIRCLE: A Hands-On Affair with the First Ferrari 250 GTO

By  Larry Perkins and Petra Perkins

The Car:  Known for its stunning international racing performance and artistic mystique—the first Ferrari 250 GTO, born in Italy in 1962. Known as “Sophia” to one racing team, she was not only beautiful and elegant, but a ferocious competitor, thus nicknamed for Italian bombshell Sophia Loren (who won a contest for Miss Elegant in 1950). Not one to idle in the pits, The Car competes at Pebble Beach Concours d’Elégance. Sophia, like her namesake, seems to be immortal!

The Man:  Larry, a rocket scientist /car racer/bronze artist—a “privateer” racer, who started racing relatively late in life, an unlikely competitor with the likes of champions Mario Andretti, Phil Hill, Pedro Rodriquez, David Piper and Dan Gurney—while working on the Apollo program to put a man on the moon. A racing instructor who secretly teaches early astronauts to race cars.

The Affair:  In 1964 Larry and Sophia form a surprising dynamic of man-machine synergy. The relationship unfolds as life becomes fast and furious, fun and full of trophies. When it seems destined to be over, Larry sells the Ferrari in 1966 for a mere $3600. The racing duo loses track of each other, is later reunited, then parts again. But finally … unbelievably … Sophia finds Larry when they are both many years older. With the spark alive, their racing history is re-born in a most unusual and spectacular way.